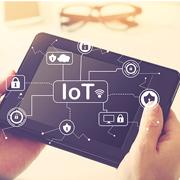 The Internet of Things has already impacted our lives significantly, radically transforming the way businesses operate, healthcare is provided, and so on. IoT technology has rapidly advanced in the past few years, and the connected devices that hitherto had only limited functionality, are today able to accomplish a great deal more.

Wherever there is voluminous data, there is a high risk of that data being sabotaged; in spite of that, IoT proliferation has increased by leaps and bounds. Industry experts and market research companies like Gartner, IDC, Forbes, and ABI, etc., predict that anything between 20 to 50 billion devices will be connected by 2020, and that investment in IoT systems and devices may be in the $250 billion+ area.

Trends Which Will Determine the Future of IoT - 8 IoT Predictions

Being a complex technology, there is still some confusion about its future; however, looking at the IoT trends, experts have made a few predictions for IoT in 2020. These are -

As an ISO certified company with nearly two decades of experience in software development, Outsource2india makes sure to stay on top of technological innovations. Our team of qualified engineers and developers have been upgrading their IoT skills continuously, allowing them to deliver cost-effective IOT as a Service to customers worldwide.

Hope you liked reading about the latest trends in IoT and want to leverage its potential for your business growth. If you're looking for a dependable and trustworthy partner for your IoT needs, you have come to the right place.

Get in touch with us to learn how we can help you implement IoT to improve business processes, reduce downtime, enhance productivity, and boost revenues.