Make your software testing quicker, more efficient, and more accurate with our managed crowd testing services provided at prices starting from only $15/hour

The crowd testers at Outsource2india have delivered projects to leading companies across the globe. Our team of expert software testers works with you to thoroughly understand your requirements, designs a test plan, and then guides the crowd testers to test your software application in a manner that suits your detailed requirements.

Managed crowd testing is very efficient and improves the coverage with respect to device localization, fragmentation, and UX. It also helps the testing activity to remain ahead of schedule. With managed crowd testing, real devices are used on real networks. Managed crowd testing has now become widely used by large and small companies alike as it provides an affordable, wide-reaching testing option for anybody developing software products.

When you outsource your testing to the crowd, you get access to a large set of eyes with a fresh perspective that will report on your project. These fresh eyes bring fresh insights, which is priceless. The fresh perspective means that the crowd testers may also make very useful usability suggestions that could be missed by your in-house team that has been looking at the same product for a very long time.

Crowd testing processes are intended to complement the existing testing procedures and not to replace them. By integrating managed crowd testing into our test processes, we have developed cost-effective methods to provide top-quality software testing. Some of the key services we offer include -

Other Services You Can Benefit From

Outsource2india is one of the leading crowdsourced testing service providers and serves a global clientele. Outsourcing managed crowd testing services to us makes sense for a host of reasons, including - 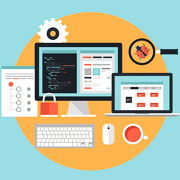 Software QA testing was performed for a Scandinavian client's unique SaaS-based mobile dialog platform. We also ensured that the client's product received regular updates as well as new features without any bugs or inconsistencies. 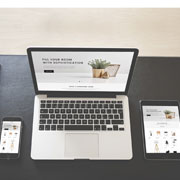 Quality Assurance Services Delivered to an IT Company Based in Montreal

We tested 130 websites across four browsers and performed a string of tests involving 280 scenarios.

We have worked with O2I on several projects and have found that they deliver high-quality services and expertise that meet our programming needs.

Hire the Best Crowdsourced Testers in the Industry

Outsource2india's managed crowd testing service is one of the most popular services among a host of other software testing services we provide. With 24 years of experience in this domain, we have the expertise to understand different kinds of business models and their requirements to enable us to provide our services accordingly. We offer crowd testing and execute short-duration projects which primarily target the application beta releases. Read what our customers have to say about our expert services.

To outsource crowd testing services to us, feel free to write to us or talk to one of our representatives and we will guide you through the entire testing process.