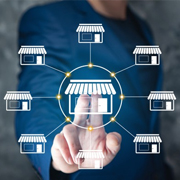 The client we served is a provider of home loan products that are aimed at supporting sustainable homeownership. The client’s business was established in 2002 and their outset began in Cheery Hill – New Jersey. The client held a license to operate as a full-service direct residential mortgage lender. They are currently one of the fastest expanding lenders with operations spanning multiple states from East to the West Coast. Their area of expertise spans retail and wholesale (Fannie Mae approved servicer), and other products eligible for the Fannie Mae/Freddie Mac. The client extends their services to multiple brokers sending loan packages and correspondent lenders.

The client wanted an intelligent automation solution that could streamline document indexing tasks and enhance the overall TAT for process review. Further, they sought ways to reduce operational costs by reducing staff dependency.

The prominent challenge faced by the client was incessant delays in the review and indexing of documents. This was the case due to the complexity of each document. Besides, the fluctuating inbound loan packages either got in-house teams tied up with tasks or had them benched.

Outsource2india’s MSuite tool came handy by giving us the ability to engage the client’s LOS and SFTP. The tool allowed drawing documents into the index engine. The MSuite proved to be a versatile tool as it helped the client deal with all document types involved in loan origination. Our automation solution eventually sped up indexation and marginally reduced dependencies.

With our MSuite tool involved in the operation, the automated indexing was blazing fast and reviews were complete within hours. We also succeeded in reducing the average TAT while increasing the precision of indexation by a whopping 99%. The whole process from the adoption of MSuite into the LOS layer helped cut down the operational cost the client would have normally borne by leveraging their in-house resources. It also led to expanded bandwidth to process more loans. The staffing needs gradually declined, making a positive impact on the client’s business.

In the last 24 years, Outsource2india has become the lifeline of several mortgage lenders and institutions that deal with a high volume of loan packages. We have driven our clients to success through the adoption of the MSuite mortgage automation tool and services that harness the best of automation technology powered by AI and ML. Today we see ourselves ahead of the curve and have helped several of our clients to come up to speed and have the best of automation capabilities absorbed into their workflow.

Contact us if you have a requirement that's exactly the same or different from what was adopted by the client and we'll help you overcome workflow challenges with the best strategy.