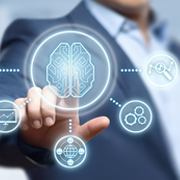 The human brain is constantly analyzing the world around us. Consciously or subconsciously, we are always making predictions about what we see, and then we react accordingly to them. We are capable of labeling every object that we see, then file it in the deep recesses of our mind and retrieve it when required. How do we do that? How do we interpret what is in front of us and react accordingly?

Our eyes collaborate with our brain through an aptly titled "primary visual pathway" so as to make sense of the world around us. The brain processes and breaks down what the eyes see through a complex hierarchical structure of neurons and nerve connections, giving us the ability to recognize, remember, and make decisions in as natural a way as possible. But then, one would wonder, how is this related to convolutional neural networks? Let us delve deeper into this comprehensive guide to understand convolutional neural networks and their importance in the modern world.

Deep convolutional neural networks are most commonly associated with computer vision and can trace back its roots way back in the 1980s. Inspired by his research into the feline visual processing system, Kunihiko Fukushima proposed a neural network architecture which could not only recognize geometrical patterns in images but also generalize them and work out how the patterns appeared in other areas of the image.

By 1998, CNNs were formally introduced, and the first neural network called LeNet-5 was soon able to analyze hand-written numbers and classify the digits within. But it was only when GPUs started getting more powerful and computer more ubiquitous that convolutional neural networks found their footing. In recent years, researchers have leveraged the power of convolutional neural networks for better handwriting recognition, warning systems for autonomous vehicles, medical diagnostics, biometrics, object identification, etc. CNNs are also significant when it comes to the field of data science, and the billions of dollars invested by tech behemoths such as Google, Microsoft, IBM, etc. show the enormous potential of this technology.

Convolutional Neural Network Explained: How is a CNN Process Developed?

Simulating human emotion and consciousness is the stuff great science fiction movies are made of, but then again, neural networks and deep learning are uncannily human-like when it comes to solving problems and finding trends. The point is, artificial neural networks today are much better suited to solve problems which humans are naturally good at, as compared to traditional computer architecture. Researchers put in a lot of time and effort to create a convolutional network process, a summary of which is detailed in our guide to convolutional neural networks -

CNNs are the Future: Applications in Multiple Industries

What we know about convolutional neural networks today is just the tip of the iceberg. Technological advancements in the field of deep learning and artificial intelligence are now being made on a daily basis. Even if you have a team of data scientists who have mastered the basics of neural networks, you need a team of specialists who can help you keep innovating while helping your team implement new multilayered deep learning algorithms. Contact O2I to know more about how we are innovating in the field of convolutional neural networks and data sciences.