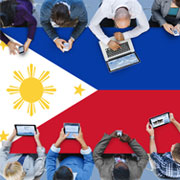 The growth of the outsourcing industry in the Philippines is nothing short of being called as phenomenal. From being absolutely nothing just a few years ago to employing over a million Filipinos now, the call center industry has certainly seen a massive and exponential growth in this city. With an annual growth rate of about 20%, the BPO industry in Philippines is on a constant rise, witnessing an increase in the number of call centers and employees.

The rise of Manila city, the capital city of Philippines, in the BPO sector has been the pillar of strength and is responsible for the overall rise of this Southeast Asian country. The revenue from outsourcing has shot up from mere $9 billion in 2010 and is now expected to reach a staggering $55 billion by the year 2020. The American colonization in Philippines in the past has left its impact on the language and culture of this nation, making it easier for the Filipinos to easily cope up with the call center culture.

Outsourcing to Manila - What Does the Future Hold?

Philippines have emerged as one of the leading outsourcing destinations over the past few years after India and China in the lead. The gap between the leaders and Manila has certainly reduced, but it is going to take some time for that gap to narrow down further. However, with the help of stable infrastructure, skilled and young workforce, support from the government, and similarities with the western culture, the outsourcing industry in Philippines has boomed.

Filipinos are not only fluent with the American English and have better communication skills, but they are also more patient and calm when compared to their Indian counterparts. This is the key to successfully handle angry customers on the other side of the phone. Looking at these factors it is certain that Manila will soon top the list, but how soon that will happen is debatable. Overtaking Indian BPO industry in terms of quality of services provided, particularly technology-based services, will prove to be difficult.

Outsource2india has been a leading outsourcing service provider based in India with delivery centers spread across the globe, including Philippines and India. Our multi-domain industry experience of over 24 years in the BPO sector has equipped us to precisely understand the outsourcing needs of global clients and cater to it. Having service centers across Philippines, we can help you to quickly migrate your operations to Manila through our hassle-free transition process. By choosing us, you can get access to state-of-the-art infrastructure, stringent data security, skilled resources, and quick turnaround time at highly cost-effective rates.

Get in touch with us today to outsource your business requirements to Philippines and drastically reduce your operational costs, without any compromise on the quality.

Would you be interested in talking to us about your requirements?

Can Philippines Beat India in Outsourcing

The rise of BPO in Philippines is phenomenal, as the number of calls being handled about ago were nil!

Let's have a look at 6 most popular services being outsourced, and the factors that concern outsourcing firms when they decide to pick India or Philippines.

Why Outsource to India?

In a recent survey, 80% of European and US outsourcing firms ranked India as their number one outsourcing destination.

Outsourcing does have its share of drawbacks too. Read more about them here.

India Compared to Other Outsourcing Destinations

Numerous reports and studies in recent years have proved that India is the most attractive destination when it comes to outsourcing.

Will outsourcing work for you? Know in 24 hours!